In that example, the fields "startDate" and "endDate" are logical fields, defined by the framework. If one doesn't have access to the source code of the framework, it's possible to find the logical names (and where types) using the Masking API: GET /algorithms/{algorithmName} endpoint.

Let's suppose you already have an instance of MC Algorithm installed on the ME. That might happen in any of the following two cases:

Let's take as an example the above mentioned "MultiColumnDateAlgorithm" algorithm (plugin is named "sample" in that example). Retrieving its info using the GET /algorithms/{algorithmName} endpoint returns: 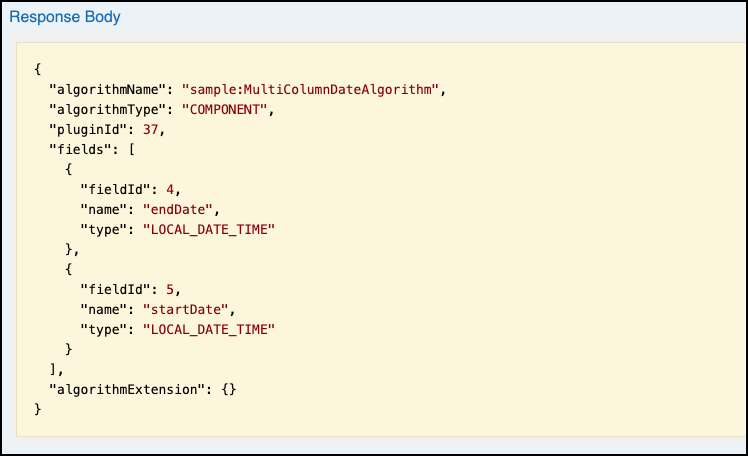 Here we can see the {fieldId, name, and type} information structure for the logical fields, defined by the current framework. We will use that data when configuring the Inventory fields. 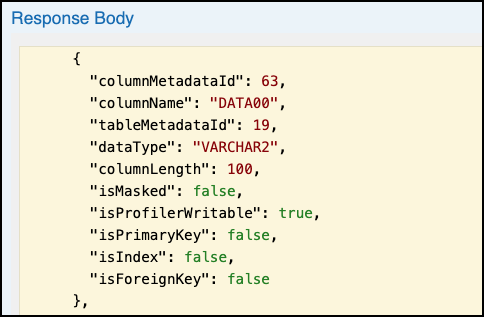 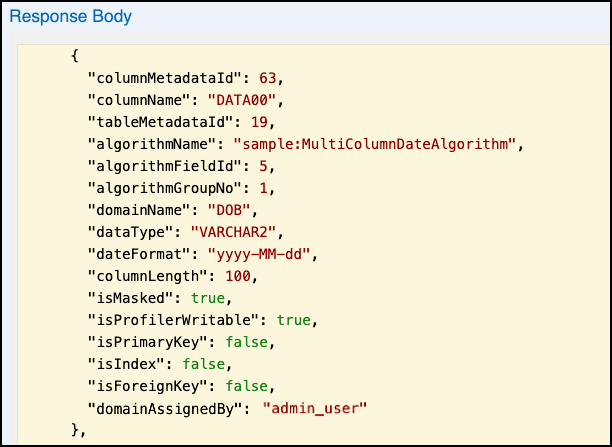 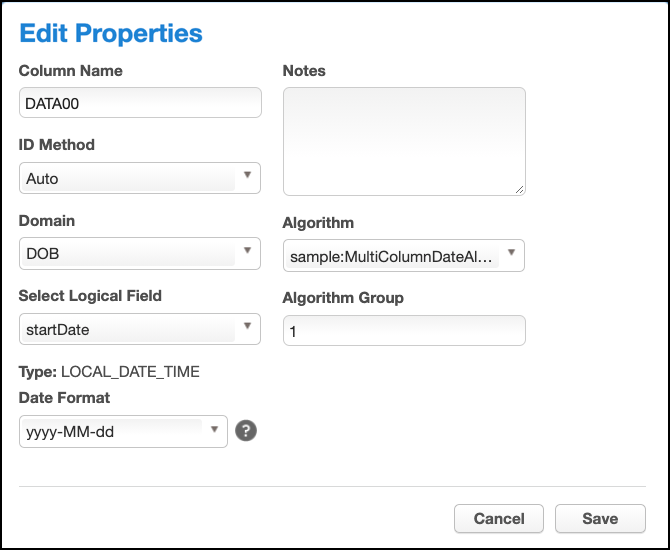