Masking SDK functionality is extended with an option of loading multiple plugins and chaining extensible algorithms based on different plugins. The default dlpx-core plugin is uploaded by default.

In this release, Delphix has added the escape character support for delimited file masking. Specifically the following were added:

The user can escape the "enclosure escape character" itself by clicking on the Escape "Enclosure Escape Character" checkbox on the edit RuleSet popup window.

Delphix introduces a robust payment-card masking framework as well as a default algorithm implementation for credit card data. The legacy credit card algorithm, which produced random values, is being replaced by the new default instance which provides consistent masking results, a unique output for every valid input, always changes a valid input value, and preserves all non-digit portions of the input value.

This enhancement adds stronger on-Masking Engine safeguards to the users and group's experience delivered in Central Management in which the access to a Masking Engine’s objects is determined by assigning authorization via global access groups. Specifically, when an engine opts into the global model, it relinquishes local control of object access. With this enhancement, the local enforcement of global (Central Management) settings is strengthened by deactivating local object access in the UI, thus ensuring the local values will not be overridden via frequent, periodic scans from Central Management.

In this release, Delphix has extended the list of API-endpoints by adding two new API's related to the existing Forgot and Reset password feature for a user, which was available via GUI only till now.

The two new sets of API endpoints are :

The forgot-password API will generate and send a password reset link to the registered email id of the user, for which the password has to be reset.

The reset-password API will use the token sent via the password reset link, to set the new password.

In this release, Delphix has added the control character support for delimited file masking. Specifically the following were added:

In this release, the date-time format for API responses is changed

The API endpoints below will be affected by this change:

In this release, Delphix has introduced a Multi-Column Extensible Algorithm mechanism, which allows masking multiple columns of the same table conditional to their values (or using any other logic needed by the customer). To use the Multi-Column Algorithm Framework, users first create an algorithm via the Masking SDK and then install their algorithm on a Masking Engine via the Extensible Algorithm Plugin interface.

The latest masking API version supported on the engine will be included in the GET /system-information API response.

To reflect the API improvements mentioned above, the API version increased to 5.1.5 in this release. For a complete listing of version 5.1.5, see the Masking API Client page.

Memory management has been dramatically improved. Not only can jobs run with less memory, but the Masking Engine will also now ensure that jobs can only run if enough memory is available and that the engine cannot run out of memory.

Along with these changes, there are two new execution statuses: CANCELLED and QUEUED.

The first iteration of the Masking Extensible Connectors, supporting the ability to upload and use JDBC drivers, required that the permissions for each driver be enumerated at install time. Delphix has now replaced this mechanism with a fixed security policy blocking only the most dangerous permissions (specifically those that could inflict harm to the Masking Engine), removing the need for user management of permissions. It remains the case that the engine administrator must ensure that only trusted JDBC driver software is installed.

The performance of file masking has been significantly improved.

Delphix has added a builtin, configurable Secure Lookup Algorithm Framework, based on the Extensible Algorithms feature (introduced in 6.0.3.0 release).

This framework provides better performance and new features when compared with the Legacy Secure Lookup Algorithms.

It allows configuring the case sensitivity of input values (true/false), and the case configuration of the output values:

As of this release, we have removed the Job Scheduler feature. The introduction of Masking’s REST API several releases ago allowed customers to schedule job executions using their preferred job scheduler. As a result, the integrated scheduler is seldom used.

The redaction strategies used in a free text redaction algorithm have been renamed to "Allowlist" and "Denylist".

To reflect the API improvements mentioned above, the API version increased to 5.1.4 in this release. For a complete listing of version 5.1.4, see the Masking API Client page.

We introduced a new, radically simpler, method to create new masking algorithms. With the new framework, Delphix partners and customers can create and share new algorithms.

Extensible algorithms and their related algorithm plugins can be managed through the following APIs:

Existing algorithm API is extended with the following endpoints:

Over the past several releases Delphix has introduced and refined the ability to synchronize objects between Masking Engines via the API. In 6.0.3, Delphix now supports importing and exporting environments via the UI.

In this release, the deprecated XML import/export functionality has been removed. If you used the XML import/export feature in previous releases, you'll find the new Sync Environment feature to be a more robust and complete solution with complete API support in addition to being available in the UI.

The product switched from the jTDS JDBC driver to Microsoft's official open-source JDBC driver. This was done to obtain improved support for recent versions of SQL Server.

All SQL Server basic connectors will be converted transparently. If you used a SQL Server Advanced connector or a Generic connector using the jTDS driver, you will need to manually convert your JDBC URL to the Microsoft JDBC driver's format. To perform this conversion, please see the references for the jTDS parameters and the Microsoft JDBC parameters. Delphix Customer Support's upgrade validation checks will detect any SQL Server Advanced connectors and Generic connectors using the jTDS driver in your installation and they will notify you of the need to manually convert those connectors.

This release is certified to be compatible with the following Azure SQL Managed Databases:

You must enable support for non-TLS connections.

To reflect the API improvements mentioned above, the API version increased to 5.1.3 in this release. For a complete listing of version 5.1.3, see the Masking API Client page.

For more information on redefine conditions, see the Managing a Mainframe Inventory section.

With this release, an entire environment is now syncable with a single operation via the Sync REST APIs. Previously, Sync users would have to export/import objects on an individual basis, the process now is far more streamlined. Note: Environment Sync APIs are the preferred way of handling environment export/import versus XML-based transfer.

To reflect the API improvements mentioned above, the API version increased to 5.1.2 in this release. For a complete listing of version 5.1.2, see the Masking API Client page.

Sync for Tokenization and Reidentification Jobs¶

The Sync feature allows you to coordinate the operation of multiple engines. This release adds Sync support for Tokenization and Reidentification Jobs. For more information on the Sync feature, please refer to the Managing Multiple Engines for Masking section.

When masking a delimited or fixed length file, the Masking Engine uses a file format to interpret the file's contents. Each format has one or more record types. In previous releases, these record types could only be created and managed through the graphical user interface. This release adds the ability to also create and manage file record types through the APIs. Specifically, the following APIs were added:

Note that record types are only used for delimited and fixed length file formats. For more information on record types, see the Adding Record Types for Files section.

In 6.0 we have added validations for objects names that can be created/renamed manually. For more information please refer to Naming Requirements. Please pay attention to the fact that enforcing these requirements might fail the import, sync, or upgrade from pre-6.0 release. Please refer to the following Knowledge Base Article KBA5096 on how to solve those failures.

In 6.0 we have expanded the list of API endpoints to include:

In previous releases, the Masking Engine has supported masking files via FTP or SFTP. In this release, we have added the ability for users to directly mount and mask a file system over NFS and CIFS. This should dramatically simplify the process of file masking. As with other Masking Engine objects, the Sync feature can be used to coordinate mount objects across multiple engines. For more information on the mount feature, please refer to the Managing Remote Mounts section.

In 5.2 we introduced the ability to synchronize Masking Algorithms between engines to ensure consistent masking, regardless of the engine executing the masking. In 5.3 we are expanding the list of syncable objects to include:

The sync of objects is possible through improvements to several sync API endpoints, including:

This expansion of syncable objects ensures that users can sync their Masking Jobs and all the objects necessary for that masking job to execute successfully - regardless of the masking engine it lives on, allowing for easier scaling of Delphix Masking across the enterprise. Please see Managing Multiple Masking Engines for more details.

In 5.2.4 we added support for Kerberos for our Oracle Masking Connector. In 5.3 we have expanded the list of connectors that support Kerberos to:

To enable Kerberized connectors your engine must be configured properly and you must configure your masking Connectors for Kerberos. Kerberos can be enabled by going to the Advanced mode on Oracle, SQL Server and Sybase. Please see Managing Connectors for more details. 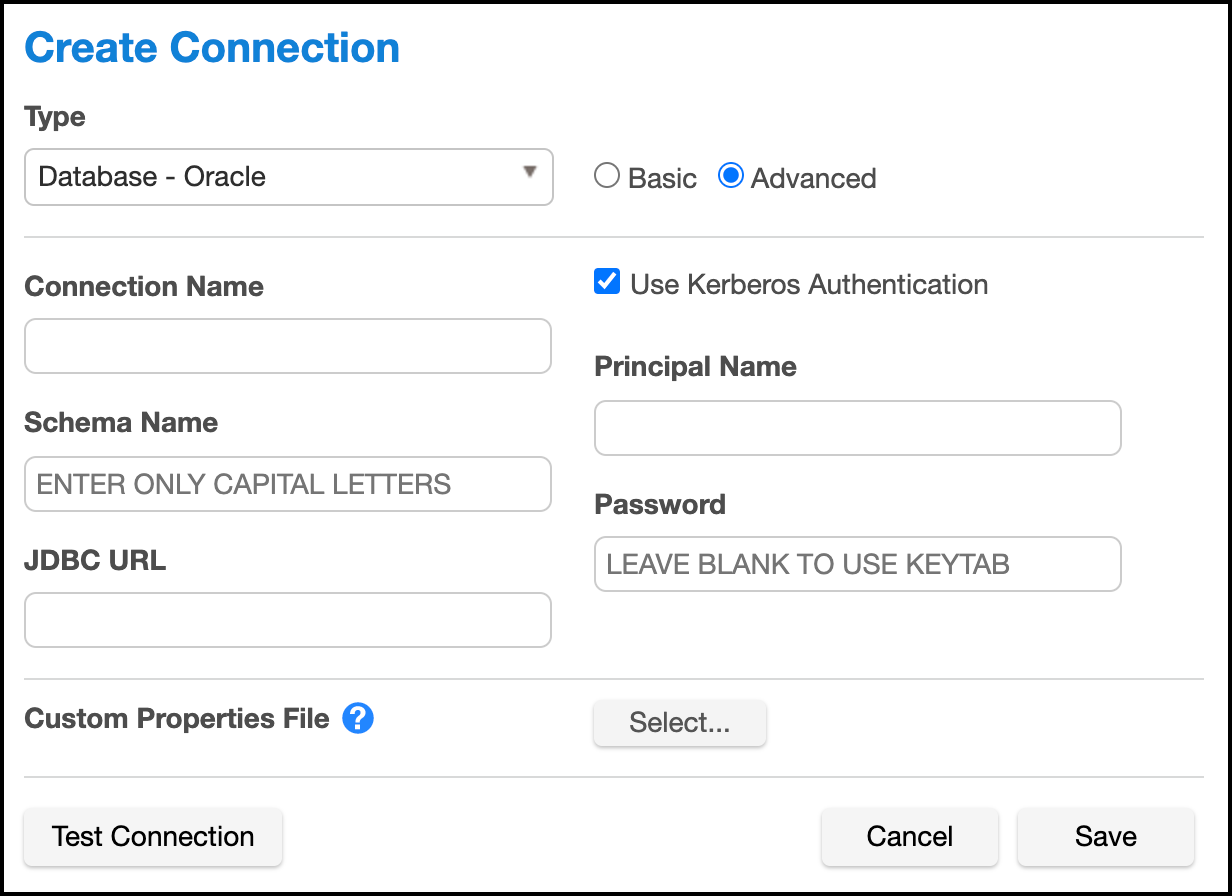 In 5.2 we released an all-new set of API endpoints allowing for the automation of many masking workflows. In 5.3 we have expanded this list of API endpoints around Algorithms, Users, Roles, File Upload, System Information, Login, Rulesets, and Connector. Below are the net new API endpoints:

In addition to the net new API endpoints, we have improved pre-existing API endpoints. Some of the improvements include:

For more information on Delphix Masking APIs please see the API documentation. Please note that the previous generation of Masking APIs (commonly referred to as V4) is EOL and no longer supported in this release. All users are encouraged to migrate to the V5 APIs.